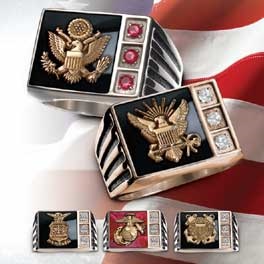 Showing Appreciation and Meaning During a Difficult Time of Year

The holidays are not always the happiest time of the year. Many people struggle with difficult circumstances and past traumatic events. Numerous veterans will always remember the Christmas where their best friend died along with the Christmas years prior where their parents bought them their first bicycles. The holidays are often bittersweet. Find the right military holiday gifts. Show your appreciation and how much you care during a challenging time of the year.

Military gifts can help show remembrance to veterans of any age, from teenagers to senior citizens. Show the veteran in your life your heartfelt appreciation. Instead of ignoring difficult holiday memories from Korea, Vietnam, Iraq, or Afghanistan, turn difficult memories into nostalgic memories. Bring up memories such as comedic tidbits while on patrol, warm homecomings, and lifelong friends. Some types of nostalgia will never be positive. Move forward by showing appreciation with a personalized military gift this holiday season.

A few popular holiday gifts for veterans are listed below:

Give a gift that is meaningful and useful. Instead of giving a token that will be left in a drawer, give a military ring, watch, memorial knife, or wallet. Give something that veterans will be able to look at and use regularly.

Bring Back the Right Memories

Many veterans battle with traumatic wartime memories. Show the veteran in your life that his or her service to the United States is still remembered and appreciated. Bring back memories of meaning, purpose, and friendship. Many veterans report that serving in the United States armed forces changed their lives. Encourage positive and progressive change this holiday season. Invest in meaningful gifts for veterans that served last year as well as veterans that served 50 years ago.