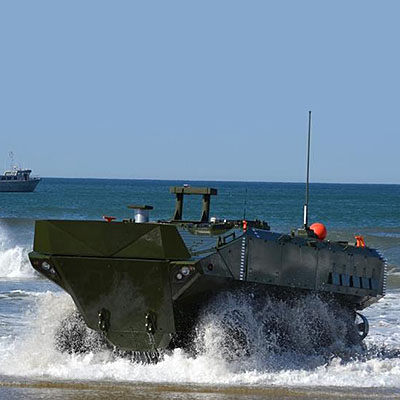 Three of the men that helped do that were the first-ever recipients of awards in acquisition excellence, presented at the Marine Corps Association and Foundation awards dinner outside Washington, D.C., on Thursday, August 23. Master Sgt. Zackary Hefty, Capt. Anthony Molnar and Nicholas Pierce were selected to receive the prestigious awards for excellence in acquisition.

Hefty was instrumental in developmental testing for the Amphibious Combat Vehicle 1.1, which will help launch Marines from ships to shore. Molnar is responsible for helping redesign a new, safer version of the MK-154 Launcher Mine-Clearance System. And Pierce got next-generation body armor out to Marine units a year ahead of schedule.

Their efforts are in line with what Defense Secretary Jim Mattis pushes from the Pentagon's highest office, said James Geurts, assistant secretary of the Navy for research development and acquisition.