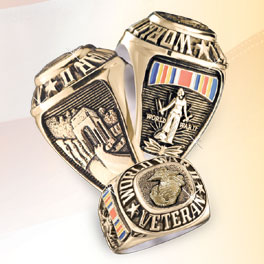 Grandpa is arguably one of the most difficult people to shop for on your list. Typical “old man” gifts can seem impersonal at best and offensive at worst. Do not look at geriatric footwear, large sweatpants, or a reclining chair that comes with a remote control. Give your grandfather something meaningful for his next birthday. Senior citizens are often left out or set aside. Reconnect with your veteran grandfather by purchasing personalized military gifts for his birthday.

Bring Back Memories and Go Beyond a Normal Birthday Gift

Personalized military gifts are a great way to show your grandfather how much you appreciate him. They are also a great way to open new conversations. Learn more about what it was like to serve in the Korean War, the Vietnam War, or WWII from someone who served in the United States Military first-hand. Learn more about your grandfather’s history while the stories are still clear, and pass meaningful wartime stories down to future generations.

Gift Ideas that Will Be Remembered After the Birthday Party

Below is a list of personalized military gifts that will be remembered long after his birthday:

It is important to invest in a gift that is wearable or usable instead of a gift that will likely sit in a drawer. Give a memorable gift that will be seen frequently by your grandfather. Remind him that his service in the armed forces has not been forgotten. Also, remind him that you view him as more than a stereotypical senior citizen in need of an electric blanket.

Give More than a Gift

Give an heirloom. Give an invitation for your grandfather to tell personal wartime stories, and give a gift that can stay in the family for generations. Veterans are an integral part of why the United States is the country it is today. Make sure your loved one’s service in the armed forces is not forgotten.

Personalized With Your Initials and Years of Service