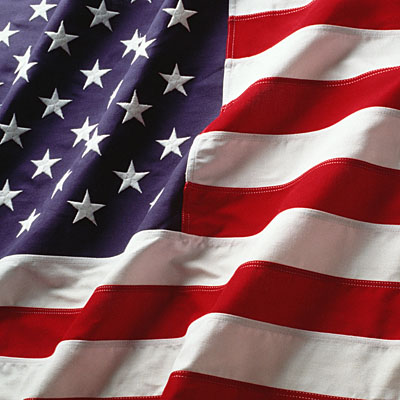 The Fourth of July was traditionally celebrated as America's birthday, but the idea of an annual day specifically celebrating the Flag is believed to have first originated in 1885. BJ Cigrand, a schoolteacher, arranged for the pupils in the Fredonia, Wisconsin Public School, District 6, to observe June 14 (the 108th anniversary of the official adoption of The Stars and Stripes) as 'Flag Birthday'. In numerous magazines and newspaper articles and public addresses over the following years, Cigrand continued to enthusiastically advocate the observance of June 14 as 'Flag Birthday', or 'Flag Day'.

On June 14, 1889, George Balch, a kindergarten teacher in New York City, planned appropriate ceremonies for the children of his school, and his idea of observing Flag Day was later adopted by the State Board of Education of New York. On June 14, 1891, the Betsy Ross House in Philadelphia held a Flag Day celebration, and on June 14 of the following year, the New York Society of the Sons of the Revolution, celebrated Flag Day.

Following the suggestion of Colonel J Granville Leach (at the time historian of the Pennsylvania Society of the Sons of the Revolution), the Pennsylvania Society of Colonial Dames of America on April 25, 1893 adopted a resolution requesting the mayor of Philadelphia and all others in authority and all private citizens to display the Flag on June 14th. Leach went on to recommend that thereafter the day be known as 'Flag Day', and on that day, school children be assembled for appropriate exercises, with each child being given a small Flag.

Two weeks later on May 8th, the Board of Managers of the Pennsylvania Society of Sons of the Revolution unanimously endorsed the action of the Pennsylvania Society of Colonial Dames. As a result of the resolution, Dr. Edward Brooks, then Superintendent of Public Schools of Philadelphia, directed that Flag Day exercises be held on June 14, 1893 in Independence Square. School children were assembled, each carrying a small Flag, and patriotic songs were sung and addresses delivered.

In 1894, the governor of New York directed that on June 14 the Flag be displayed on all public buildings. With BJ Cigrand and Leroy Van Horn as the moving spirits, the Illinois organization, known as the American Flag Day Association, was organized for the purpose of promoting the holding of Flag Day exercises. On June 14th, 1894, under the auspices of this association, the first general public school children's celebration of Flag Day in Chicago was held in Douglas, Garfield, Humboldt, Lincoln, and Washington Parks, with more than 300,000 children participating.

Adults, too, participated in patriotic programs. Franklin K. Lane, Secretary of the Interior, delivered a 1914 Flag Day address in which he repeated words he said the flag had spoken to him that morning: "I am what you make me; nothing more. I swing before your eyes as a bright gleam of color, a symbol of yourself."

Inspired by these three decades of state and local celebrations, Flag Day - the anniversary of the Flag Resolution of 1777 - was officially established by the Proclamation of President Woodrow Wilson on May 30th, 1916. While Flag Day was celebrated in various communities for years after Wilson's proclamation, it was not until August 3rd, 1949, that President Truman signed an Act of Congress designating June 14th of each year as National Flag Day.

At Vetcom.com we take pride in celebrating flag day and the brave who served and continue to serve to protect what our flag represents.